PetSafe, which is responsible for this PetSafe Dog Fence Wire Break Detector, has been in the business of producing electronic equipment for dogs since 1991. And in that time, it has managed to assert itself as a force to be reckoned with in the pet industry. Too intense?

You could go check out some of our reviews on the actual fences here and here.

Who Is The PetSafe Dog Fence Wire Break Detector For?

The wire break detector is for the dog parent. You use it in detecting those points that have become dead because there has been a break in the wire.

Well, in a kind of roundabout way, it is for your dog.

The following are the features of the PetSafe Dog Fence Wire Break Detector:

Now, what are these:

The Transmitter With Its Power Adapter

Like with an electronic fence, the wire break detector comes with a transmitter. So, when you want to detect a break in the boundary wire, this transmitter will temporarily replace the fence transmitter.

So, you’ll disconnect the boundary wire from the fence transmitter (unplug the adapter too) and connect it to this transmitter at the ports marked ‘loop’.

Next, you’ll connect two other strings of wire to the ports marked ‘boundary’. Those two wires should not be placed close to each other and should be anchored to the ground. And that’s basically that as regards the transmitter.

This one comes with its power adapter which suggests that the transmitter has to be plugged in for the duration of your wire detection. There is a power light on the transmitter that will blink continuously if it is on.

The locator is a small device connected to a wand because, of course, you cannot bend so close to the ground to detect what needs to be detected.

That said, the locator uses two detection modes; tone and light. So, remember we mentioned that the two wires inserted into the boundary ports have to be separated?

Well, the reason is so that you can easily differentiate between sounds. There is a consistent sound and an intermittent sound, both of which will go off on the locator if it can locate wires.

Now, why two sounds? Well, there are two strings of wires buried for your pet containment. So, with the two tones, you can easily detect if both wires are cut. And putting those two ‘boundary wires’ close two each other will make the sounds overlap.

For the light, you get a green one for the continuous tone and a red one for the intermittent tone.

There are a number of dials and buttons on the locator. One is the power button and another is the tuning dial. Then there is an AM/FM button and you want to switch the locator to AM when you use it.

Finally, this locator uses two AAA batteries that are not included in the kit.

Because the PetSafe Dog Fence Wire Break Detector is basically a wire repair kit, it comes with 50 feet of extra wire. So, not only are you detecting the breaks, you have extra wire to repair the breaks.

The kit comes with two grounding stakes that are absolutely necessary for the wire break detection.

Remember those two wires that have to be connected to the port labelled ‘boundary’? The other ends will be attached to the ground using these stakes. There is a technique to winding the wires around the stakes as you’ll see in a latter video.

This kit comes with four (4) of each and both are necessary for the actual repair. Refer to the video below to get the hang of how to use them.

Finally, there is a training manual. It is pretty easy to understand and we consider it really necessary considering the repairs that this kit is meant for.

The PetSafe Dog Fence Wire Break Detector is user friendly. If you’ve ever used a wire break detector before, you’ll find it easy to use this.

However, if you haven’t it might not be the easiest thing to use. So, you want to pay attention to the training manual that the kit comes with. Or you could just watch the video below and find out how things work.

We like that the locator has two detection markers: tone and light. This way, it is more flexible and can be used by pet parents who have a hearing impairment (seeing as most detectors use only the sound).

We also like that this isn’t just a detection kit but contains some tools and stuff for repairing the detected breaks.

The locator uses replaceable batteries but doesn’t come with any. This might not be so much of a downside, though, seeing as the batteries are the really common AAA batteries.

Also, the locator cannot detect partial breaks. So, it will only go off if there is actually a separation.

The following are options you could try out if you want something other than the PetSafe Dog Fence Wire Break Detector:

Now, to explain them: 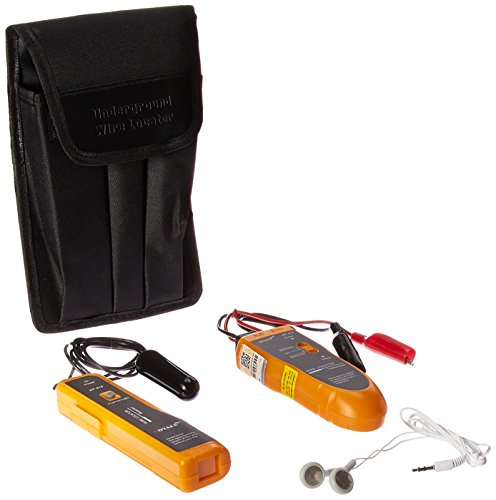 The Noyafa Underground Cable Wire Locator can be used to detect more than just pet wires. It can detect metal pipes, telephone wires and the like. 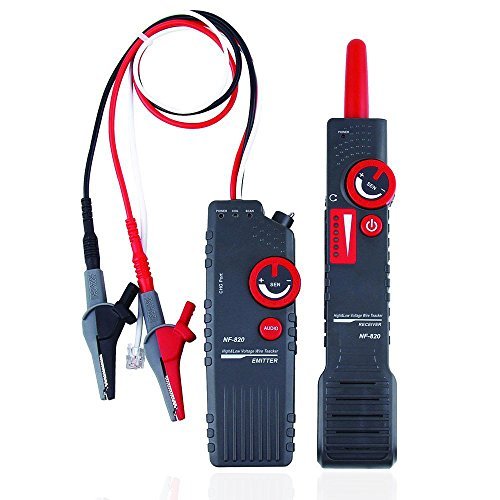 This one costs significantly more than our featured product. However, that is justified in the fact that this is another sophisticated wire detector that can detect more than just pet containment system wires. 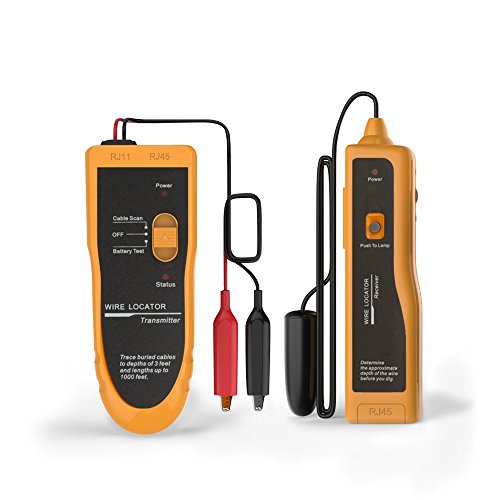 This one is also more complicated than our featured product in that it can detect more than pet fence wires.

Also, a pair of earpieces is included in this kit to make it that much easier to hear the tones (just like with the other alternatives on this list. We should also mention that the kit comes in a neat little pouch.

Product prices and availability are accurate as of the date/time indicated and are subject to change. Any price and availability information displayed on [relevant Amazon Site(s), as applicable] at the time of purchase will apply to the purchase of this product.

Prices pulled from the Amazon Product Advertising API on:

The jury seems to be split on whether or not the PetSafe Dog Fence Wire Break Detector is an impressive kit; especially the instruments involved in the actual detection.

However, we should mention that the split isn’t really even with a few more people tending towards the kit being functional.

In our opinion, this could be a really useful tool, if you get the one that works. It is not a kit for constant use so, you might actually be able to get good use out of it.

That said, the reason we really like this is because of the repair stuff included in the kit.

Why Do I Get A Break Signal When There Is No Break?

You will get a break signal even though there is no wire break if you leave your PetSafe wire break detector at the default setting of zero.

To get your PetSafe wire break detector functioning properly and detecting what it should, you’ll have to set the boundary width to about 3 or 4.

Will The PetSafe Wire Break Detector Work With Other Underground Fence Systems?

However, it can’t be confirmed whether or not this wire break detector will work on other brands of underground fence systems.

Will The PetSafe Wire Break Detector Work On 20-Gauge Wire?

The PetSafe Wire Break Detector will certainly work on 20-gauge wire. In fact, 20-gauge is just perfect as this tool was designed to detect breaks in wires that are from 14 to 20 gauge.

Anything lower than 14 and you’ll have to look for another wire break detector option.

Can The PetSafe Wire Break Detector Detect A Partial Break?

The PetSafe Wire Break Detector is not designed to detect partial breaks in your boundary wire, unfortunately.

What Is A Partial Break?

If your wire has a partial break, it means that the insulation of the wires has been broken or damaged while the metal is still intact.

If you have a partial break in your boundary wire, you won’t get a notification on your transmitter. However, your dog who is wearing the receiver will have to be really close to the boundary wire to set it off.

Does The PetSafe Wire Break Detector Come With A Collar Receiver?

The PetSafe Wire Break Detector doesn’t come with a collar receiver. It is only used for detecting wire breaks in an existing underground fence system.